A really interesting debate at the Cambridge Science Festival chaired my Linda Geddes from the New Scientist magazine. I was talking about drug doping and Steve Haake from Sheffield Hallam University about technological doping. The straight man was Steve Ingham, Chief Physiologist at the English Institute of Sport who talked about the normal training they had developed for the UK Olympics team. Nothing normal about this of course – they are pushed to the limit.  I actually felt a bit sorry for Steve Ingham; he has to be sensible as he represents the country, whereas the two academics can be more eccentric. I think Steve Haake wanted Formula One in the Olympics, but I said we would always want to watch people run using their own resources. Queue the inevitable discussion about the paralympic “Blade Runner”, Oscar Pistorius. Still I managed to add my own piece about Thierry Henry’s handball ‘cheating’ having been largely forgotten by the world whilst drug ‘cheats’ remain vilified for ever; I’m not even Irish and I quite like Arsenal, but I think there is at least a debate about double standards to be had here.
Unfortunately I had to leave before the end (engineering works on the line on a weekday!) so missed the final vote. Still from the audience questions it seems that lifetime bans for doping are not favoured. 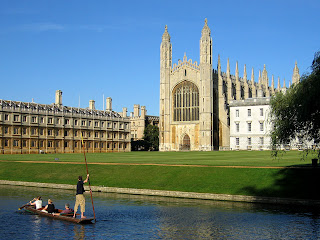 As usual there were some great questions from the audience. My favourite was the one about the man who had read about someone who had gone to the far East and learnt how to rapidly lose weight safely from a mystical guru. Consequently he could cheat the wresting weigh-ins and then gain his weight back before the fight. He then stomped on all the lightweight weaklings in front of him. I am not sure if this is true, but a mental image of the old TV series ‘Kung Fu’ flashed before me. Question: “Grasshopper – how can I win an Olympic Gold medal”. Answer: ‘Be at one with your spirit young Caine – and take lots of diuretics”
Posted by profchriscooper at 14:36